sprook (originally released on Mp3.com in 1999) has never since been available in complete form. This contains the extra material released on sprook Ep.

"... a single focused drop of light
illuminates my thoughts
as I stand watching
from the shadows of my mind ... "
reviews
bert strollenberg
sonic immersion

Sprook is an early concept recording by composer Matthew Florianz. It presents a cinematic work of sonic art while merging the dark, dense and the abstract. Its fictional storyline describes a land without light and ruled by an entity of darkness, arrogantly allowing the thought of light to seep through.

Make sure though you experience the outcome with headphones, as the minimal drones and slow morphing longform textures hide in low volume, spreading an aura of profound mystery as the rise and fall of soundscapes meanders on. Its deep cinematic impact evokes dense moods and images found in SF-stories such as Gormenghast, The Dark Crystal and even a slice Bladerunner, but in the second half of the sonic excursions more passages of faint light dare to show up.

The original album, now available as free download from the composer's website, has been extended by five other highly atmospheric tracks that were meant for the Sprook-EP (but omitted in an early stage) .

All in all, if you like to take a fantastic, deep and psychedelic mind trip, take a dip in the whirlpool of inner landscapes, shadows and melancholic waves that make up Sprook.

The sound | With his synthesiser, Matthew Florianz has created a soundscape in which two elements rule: light and darkness. With simple gestures he keeps the music flowing, giving you the opportunity to sit back, close you eyes and let the imagination flow. How would you define the soundscape unfolding? Land, sea, infinite space ... ? The creator sets but one ground rule: it is dark and light fights for its place. Until the last track the light fights for its place. But when the light comes through, it creates a new soundscape. Lighter of course, but also more clearly defined. Some people will recognise it as the kind of sound Vangelis created for Blade Runner. Although it is in the same mood, it does not rip it off. It rather helps you get back to 'reality' and makes for a happy end. Light has conquered darkness. Until you press replay, of course.

The music | After the waltz-like music in the prologue, you are not giving much melody to hold on. This is music where the 'ambience' matters. How you take the music will be greatly affected by your mood and musical preferences. Do you need a clearly defined score with melodies and their development? Then this is not your cup of tea. Do you want to do something with the music; let it take you on a journey in your imagination, do you have something to add for yourself? Then this cd is highly recommended. I have played it in the dark. Loud. Letting the sounds flow around me and those magnificent basses go through me. sprook gives me a change to use my own imagination. Something most modern music does not give you the opportunity to. 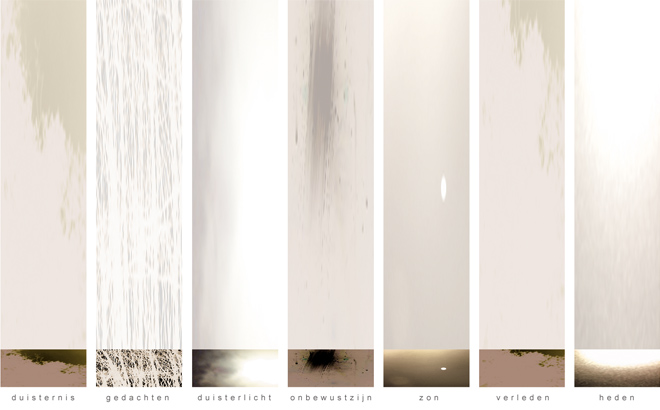 notes
Sprook described a land without light and ruled by an entity of darkness, arrogantly allowing the thought of light to seep through.

The fictional story of darkness' transformation from nothing, to a shadow that required light to be seen, resonated creatively. Sprook evoked a dialogue when it presented itself with room for interpretation and was more restricted and less interesting when it didn't.
As an abstraction; a singular idea is more interesting when balanced against a contrasting idea even if (or more precisely: because) it reduces the impact of the original idea.

Fascinated by this finding, darlings where killed and almost 15 minutes where cut. Gene Williams, who did an amazing job mastering the album, suggested releasing the omitted tracks which resulted in sprook ep.

Sprook is a step between older experiments and the albums that came afterwards; The Tone T(h)ree and GrijsGebied. A step between experimentation / searching or a deliberate and planed approach. Though it has, of course, always retained some impulse of the former.

Sprook is also a steppingstone because it grabbed the attention of label owner Darren Scott. He wanted sprook to be the first release on his label H/S Recordings and although we did prepare the materials for a CD release, it was skipped in favour for a release of GrijsGebied. 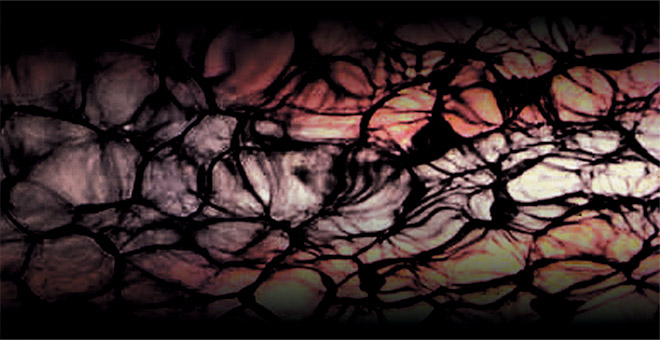