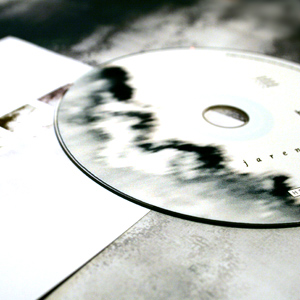 Jaren was released in 2006 as a limited edition bonus cd-r. Made available to pre-orders of the cd release of niemandsland.

For the download release, Darren Scott re-mastered the music and decided to release the four collages as a continuous longform journey.

Here's a fine ambient recording celebrating the beauty, momentum and special meaning of each of the four seasons taking place during the year cycle. Jaren was released in 2006 as a limited edition bonus cd-r to pre-orders of the cd release of Mr Florianz's Niemandsland, and originally presented the four tracks (read: seasons) as four gap-less suites.

For the download release H/S label-owner Daren Scott re-mastered the outcome while also tapping into hours of previously unreleased audio sketches and music for the concept. While being submerged in its profound ambient realm, he decided to release the four suites/ sound collages as a continuous long form journey.

As a result of this approach, Matthew's environmental soundscapes have been transported and extended to another level, allowing the profound intrinsic moods and feel of each of the seasons to glow on an even larger, deepening and quite hypnotizing scale. As can be expected, the reflective, the melancholic and the introspective meet and intensify each other as we immerse into the deeper end on the extended tracks Herfst and Winter.

It will make even more sense if you absorb Jaren attentively with a good pair of headphones. This way, the sober but meaningful 60-minute cinematic journey creates its own cocoon where the quieting, morphing soundscapes and textural drones interact and unfold gradually.

Be patient though if you want to fully experience Jaren, as its beauty travels slowly inward and silently.

As is often the case with Florianzs releases, Niemandsland is also available in a very limited edition release of just 100 copies worldwide (all long sold out). This version of the album comes wrapped in a Hessian square tied with Hessian twine and contains a signed and numbered postcard, the CD itself and a further 2 professionally produced CDRs, one entitled Jaren and the other Fragmenten. The first of the bonus discs is a suite of unused music from Niemandsland compiled by Darren Scott of H/S Recordings and the second is a further collection of unreleased and hard to find music recorded between 1995 and 2001. Both discs are currently exclusive to the limited edition.

about
Darren Scott, about his contribution to Jaren
What is your relationship to Matthew Florianz?

I became aware of Matthew's music as far back as 1997, when mp3.com was the place to be. His online album Sprook was original, both tonally and musically, and it started a deep appreciation of Matthew's music.

In September, 2000, several musicians from mp3.com met up in Utrecht in the Netherlands, and that was where we first met. I remember him giving me a copy of Sprook, we talked about my new label H/S Recordings, and 7 months later, we released the critically-acclaimed GrijsGebied. I worked with Matthew for several years releasing his music on the label until its eventual demise.

We have a good friendship, and he's usually my first port of call when I want some honest critical feedback on my own music! When you write music in isolation, having someone who will tell you how it really is, is vitally important. We've had some fairly blunt conversations it must be said!

You received over three hours of sketches and rough materials, can you talk about the first steps you took?

It's been a while now, but I remember bringing back a hard disk full of music following a trip to Holland. At the time, I was heavily focused on a project called Spring People, and my head was obsessively trying to find a way to describe the mood, colours and emotions of Spring musically. I was scanning through the hard disk, almost at random, and came across a track that instantly described my impressions of Spring. I played it over and over and to this day I still think it's the most perfect musical description of Spring I've ever heard. That was the start of Jaren, and ironically the end of Spring People. That one piece of music was the pivot around which the album developed.

And the other three seasons where a natural progression?

It became obvious as I compiled and sequenced the music that I was subconsciously not just describing Spring, but all the seasons of the year (from a British perspective anyway!).

The whole process was emotion driven. I'd listen to the pieces and edit and place it in the timeline as it felt right. There was little analysis, and it certainly wasn't contrived - it just developed. It wasn't until I actually had the first cut of an 'album', that I noticed I'd created four 'suites', and that they were of differing lengths. Subconsciously I had reflected how long the seasons feel in the length of the suites.

Spring is short and sweet, and over so very quickly;
Winter just drags on - it's inert and lingers.
Summer is fleeting - you get glimpses of warmth and flashbacks to spring.
Autumn is always there with its colours, noises and bad mood!

You decided to present the collage as one continuous track for the download release.

That was a decision reflected in the delivery method. In the 2006 master, the album was shipped as a CD - it made sense to index each season; for this re-master, the delivery method is as a download, and I wanted to ensure that it's listened to as a whole piece of music and not in snippets where, like a film or theatre score, the music out of context isn't half as powerful. I didn't want to lose the emotional journey.

What can you say about the new release?

I was lucky to just be given a lot of unused music, and Matthew allowed me total artistic license on what I did with them (which is definitely a first!). I was unsure when Matthew muted re-releasing it, as to whether it needed a re-master, because I'd been allowed to deliver the album I wanted to make. It's always tempting with 'experience' and technological improvements to assume that, in respect of music, you can somehow improve it.
You can of course, from a purely sonically point of view, but this often loses the character of the original recording. So I listened long and hard to the album to see if it could be improved purely from an artistic point of view.

There were one or two digital artifacts that the Korg synth makes that I have now removed and wasn't possible before. I also noticed that whilst I intentionally reduced the bass elements on the original recording, that this might have been an error. Actually, not so much an error (as this was in line with Matthew's music at the time), but in line with the gorgeous bass sound he has achieved on subsequent recordings. So I have reinstalled the bass, and even added sub-bass. I have also improved the dynamics in one or two areas of the album. I still love the old version, but this is a re-master I'm really happy with.